I am glad to present to you the April 2021 edition of the School 360 newsletter.

We are witnessing major reforms in education kicking in in the wake of the National Education Policy 2020 coming into effect. The education sector has witnessed upheaval in the period of the pandemic, and in the aftermath, revival and reconstruction is expected. The plans are already afoot and we all are eagerly waiting not just for the normalcy, but for the renewed and reinvigorated systems.

In this edition, we have focused on presenting the developments that are expected to change the education systems for the better. We have also included an item that sheds light on the efficacy of online education in government schools.

I hope you will find this edition informative and will be grateful for feedback.

Be safe, be productive.

The Central Board of Secondary Education (CBSE) has put forth a proposed competency-based assessment framework, as suggested by the NEP 2020, for classes 6 to 10.

How well the schools have transitioned to online education is an area of active research interest and there have been several useful studies that have attempted to measure the degree of success tha...

What was dubbed as the ‘dream project’, a ‘first-of its kind’ Virtual model of education is being planned in Delhi?

It is being conceived as an improved and evolved continuation of Covid-induced online education. As per the initial announcements made, online education may see some form of institutionalization in the form of a new category of schools dubbed “Virtual Delhi Model School”. The schools under this category will not be regular brick and mortar schools but will have all the other necessary features that constitute a school namely, teachers, learning, assessments, and certification.

“Anywhere living, anytime learning, anytime testing”-based virtual school, If comes to pass, will undoubtedly be among the trailblazers in education. The Deputy CM has stated that the work on the model has already begun and the introduction is expected from the n...

In a move to Incentivize Girl’s Education in the most direct way possible, Assam has become the first state to give financial incentives to girls for a... 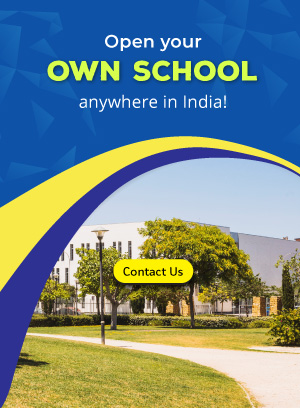 The Government of India has proposed to advance a new curricular system which is being dubbed as the Sainik School curriculum to provide Indian school studen...

The Delhi government has launched what is being called the Education Mentoring Programme under which the schoolgirls from classes 9 to 12 will be coached and mentored by the seniors. The seniors who will don the garb of mentors are the students from Indira Gandhi Delhi Technological University for Women (IGDTUW).

There are as many as 200 volunteers who are set to mentor around 1000 schoolgirls. The mentorship programme is part of the Youth for Education initiative of the government which was conceived for the promotion of secondary and senior secondary girl students in the government schools in Delhi.

The program will rope in students in different courses including BTech, MTech, Ph.D., and MBA from the IGDTUW for driving the mentoring initiative. In the first leg, 200 students will be mobilized for the mentorship of 1000 schoolgirls.

Deputy CM Manish Sisodia explained the stance of the government in emphasizing the education for girls ...

A New Regulation by the Government: Uniformity in Board Exam Scores

UNESCO Report: Use of AI in Education

NCERT to get Deemed-to-be University Status

Use of Mother Tongue in Foundational Education: NCF 2022

Expansion of Design Thinking and Innovation Courses in Schools