I am glad to present before you the August edition of the School 360 Newsletter.

The Covid-19 situation has dominated all the sectors without exceptions and education sector is one of the most affected ones. A majority of states in the country have seen an ease in the lockdown but schools remain closed for the consecutive fifth month and they remain closed for good reason. As the new academic session starts, we have included stories which highlight the struggles of the private schools and the ways they are coping with it.

I hope you find this edition informative and I appeal to you to share with us your insights.

A survey conducted by a body of private schools has revealed that the schools have not received school fees from 9 out of 10 students. This is pointed out by a survey of 170 private schools in Delhi 53% of which have shown the backlog in fee collection.

Action Aided Committee of Private Recognized and Unaided Schools reported that 82 out of 170 schools within the fee range of Rs. 1,100 to Rs. 5,500 have only received 5-10% of the fee in the month of April. In May the number of schools receiving a dwindled collection reached 108 out of 170.

In a report on ‘Safe and Secure School Environment’ the child rights body National Council for Protection of Child Rights (NCPCR) state that about 22 per cent of school building of oper... 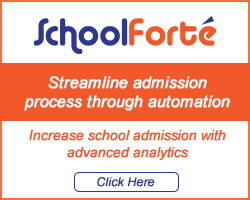 It is reported that the private schools in Gujarat have decided to suspend online classes indefinitely in the wake of the order by the government that directed them to not collect fee until they physically reopen.

The notification was issued by the government in mid-July directing unaided schools to not charge tuition fees while they are observing the lockdown. Furthermore, the schools were directed not to increase the annual fee in the 2020-21 academic year. 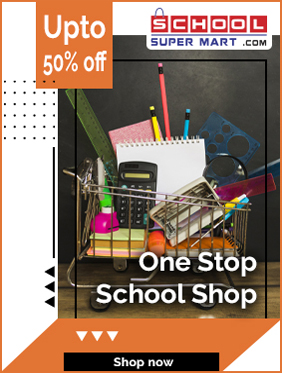 The order originally issued for the Punjab schools enabling them to collect admission and tuition fee irrespective of whether they are conducting online classes or not have been extended to the schools in Haryana.

The Punjab and Haryana High Court decided on the petition filed by 87 private schools of Haryana, and extended the order for Punjab schools to the s...

On July 14 the HRD Ministry issued guidelines for the online classes and also set a cap on the duration of such classes. The schools that are conducting online classes will be notified about the guidelines and are expected to adhere to them.

The guidelines were issued by the ministry in view o...

At the Google for India virtual event, Google has announced its partnership with the CBSE in an initiative ‘Blended Learning’ under which around 1 million teachers in 22000 schools across India will be trained in online and classroom teaching.