To all our readers…

It is my pleasure to present the second edition of the School Serv newsletter to our readers.

The Lok Sabha elections has quite expectedly dominated the narrative in the month of May, nonetheless, the fact remains that the election coincided with the exam results which resulted in education’s grabbing the headlines often. State boards and national boards have declared the board results and we now witness even a greater number of students scoring hundred percent marks and on the other hand there are considerable number of students who took extreme decision after getting disappointed by the results.

The news items we have included in this edition of our newsletter pertain to the upcoming projects that are being sponsored by the national agencies and the amends that are going to be made in the structure of education in Indian schools. Other news items that find a place include reopening of schools and assistance given by individual agencies for the uplifting of education scenario in the states and then come some items that involve some judicial decisions that have a bearing on the local educational issues.

We reiterate our appeal to our audience to participate in the deliberation and discussion on subjects related to education that we cover in our newsletter or blogs without excluding the topics that we might not have covered yet but are still deserving of attention. 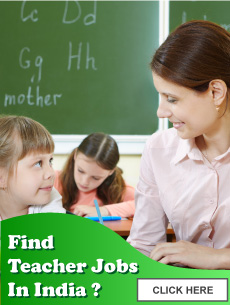 The Delhi High Court has asked for response from the Central Board for Secondary Education (CBSE) while considering a plea challenging the circular that asked affiliated schools to share personal information of the school staff, and students on the Online Affiliated School Information System (OASIS).

The plea was filed by Forum for Promotion of Quality, a body representing private schools. Upon hearing the plea, Justice C Hari Shankar issued notice to the CBSE. The forum has also challenged the CBSE move that called for a fine of Rs. 50,000 payable by the ...

The National Commission for Protection of Child Rights (NCPCR), in a bid to facilitate affordable and quality education, has asked the state education department and the education board to curtail the need of students for amassing books other than the ones prescribed or published by the National Council of Educational Research Training (NCERT).
Read more..

Several decisions pertaining to education in the state of Rajasthan taken by the last BJP dispensation are being revisited and reviewed by the ruling Congress government. This includes the revision of the textbooks nullifying the changes made under the BJP government and revisiting the merger of 4,000 schools done in the name of rationalization.
Read more..

Amidst the ever present tension and conflict and undercurrents of mutual suspicion and cynicism, the Indian Army has yet again made its bid to reach out to the community by funding the education of the underprivileged children of the remote areas of the beleaguered valley. Army Commander, Northern Command, Lt Gen Ranbir ...

The aspiring teachers have new horizons opening for them with the news that now they would be able to train as teachers after completing higher secondary schooling. The ravages of unemployment in the outback of conventional education spawns modest aspirations which include teaching as a career. Integrated Teacher Education Program (ITEP) is the name of the course that is the recent entrant in the array of teacher training programs available in India. Four- year-long ITEP is going to be offered by National Council of Teacher Education (NCTE). Though the program will position its takers as relatively more eligible educators it does not dispense with the need of a B Ed. qualification which would remain an eligibility condition for apply...

Events took a tragic turn when 19 students from Telangana State committed suicide after apparently getting morbidly disappointed by the examination results. The extreme step was taken by the students within a week of the announcement of the results. It was later reported that the announcement of the results was erroneous and the devastating turn of events is being investigated. It is surmised that the error in the software has resulted in the discrepancies in the examination results that were announced incorrect to such tragic effect.

To undertake a review of the National Curriculum Framework (NCF). The initiative will take its course after the Lok Sabha election results are announced. The NCF was brought into effect in the year 2005 and since then this would be the first comprehensive review thereof. The NCF 2005 had enunciated the need for substantive changes in the school curriculum for making it progressive. The NCF not only decides the curricular practice and directs the framing of the textbooks but also standardizes the teacher training and teaching practices to meet t...